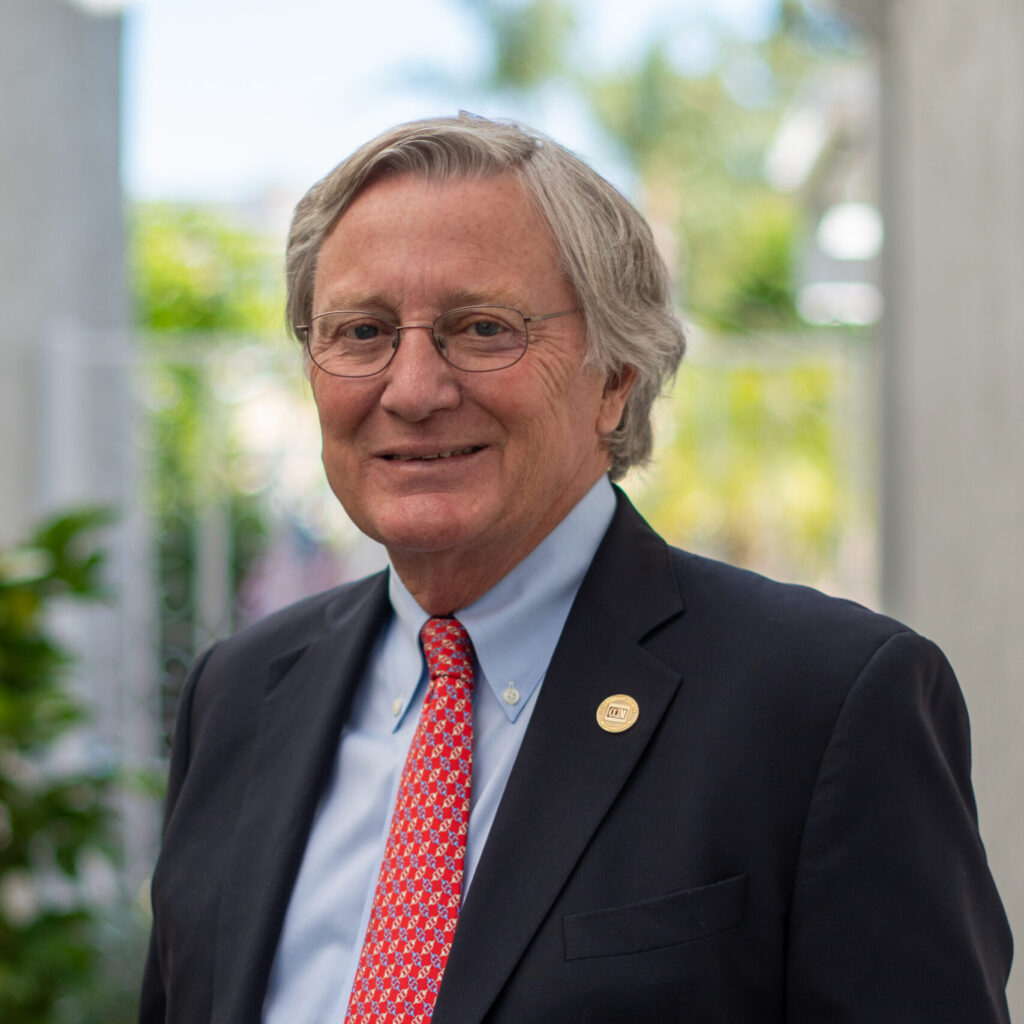 Gene loves Hawaii! He also loves running. That’s why the background of Gene’s profile page is of the island of Kauai. The Kauai Half-Marathon is a favorite race of Gene’s and he regularly makes the trek to the island to compete.

Hawaii also holds a particularly important sentiment to Gene as he regularly vacations there with his family.

Gene has been in the commercial and investment real estate business continuously since 1972 and in the legal profession since 1996.

Awarded the CCIM designation in 1977, Gene continues to serve as a member of the CCIM faculty and achieved Senior Emeritus Instructor status, upon 40 years of teaching. In 2002, he was selected as the Robert L. Ward Instructor of the Year in the Institute. In 2005, Gene was awarded the Victor L. Lyon Distinguished Service Award for his many years of outstanding contribution to the Institute’s education program.

He is a member of the California Bar. As the founding partner of Trowbridge Law Group LLP, Gene’s law practice concentrates on the syndication of commercial and investment real estate, through both debt and equity.

As a former syndicator, who for ten years raised investor capital; he served as the sponsor of sixteen investment groups, by raising equity from investors, through registered representatives in the broker dealer community, once sending out 1,676 K1s in a single year.

He was responsible for the organization of those investment groups; the acquisition, management, and disposition of the real estate; and communications with the investors.

Because of his hands-on syndication experience, Gene is able to communicate with his clients, on both the technical and practical aspects of state and federal securities laws. Between Gene’s individual syndication background and the firm’s legal practice, the partners in the firm have written offerings of more than $5 Billion in monies raised. The median offering size is $2. 5 million. His practice writes offerings under Rule 506(b) and 506(c) of Regulation D ; Regulation CF and Regulation A+.

He has trained and mentored three different law partners, in syndication and crowdfunding, since 2008. He has delivered more than 250 live seminars on group ownership, exchanges and taxation audiences across the country; his articles have been published in various real estate media outlets and he is a highly sought-after speaker on the subject of real estate group ownership.

He authored his first book It’s A Whole New Business in 2005. The third edition was released in 2015 and revisions for the 4th edition are underway.

He and Kay have been married for 48 years and have two daughters, Amy and Emily. He enjoys music, travel and has run 37 half marathons since turning 60! 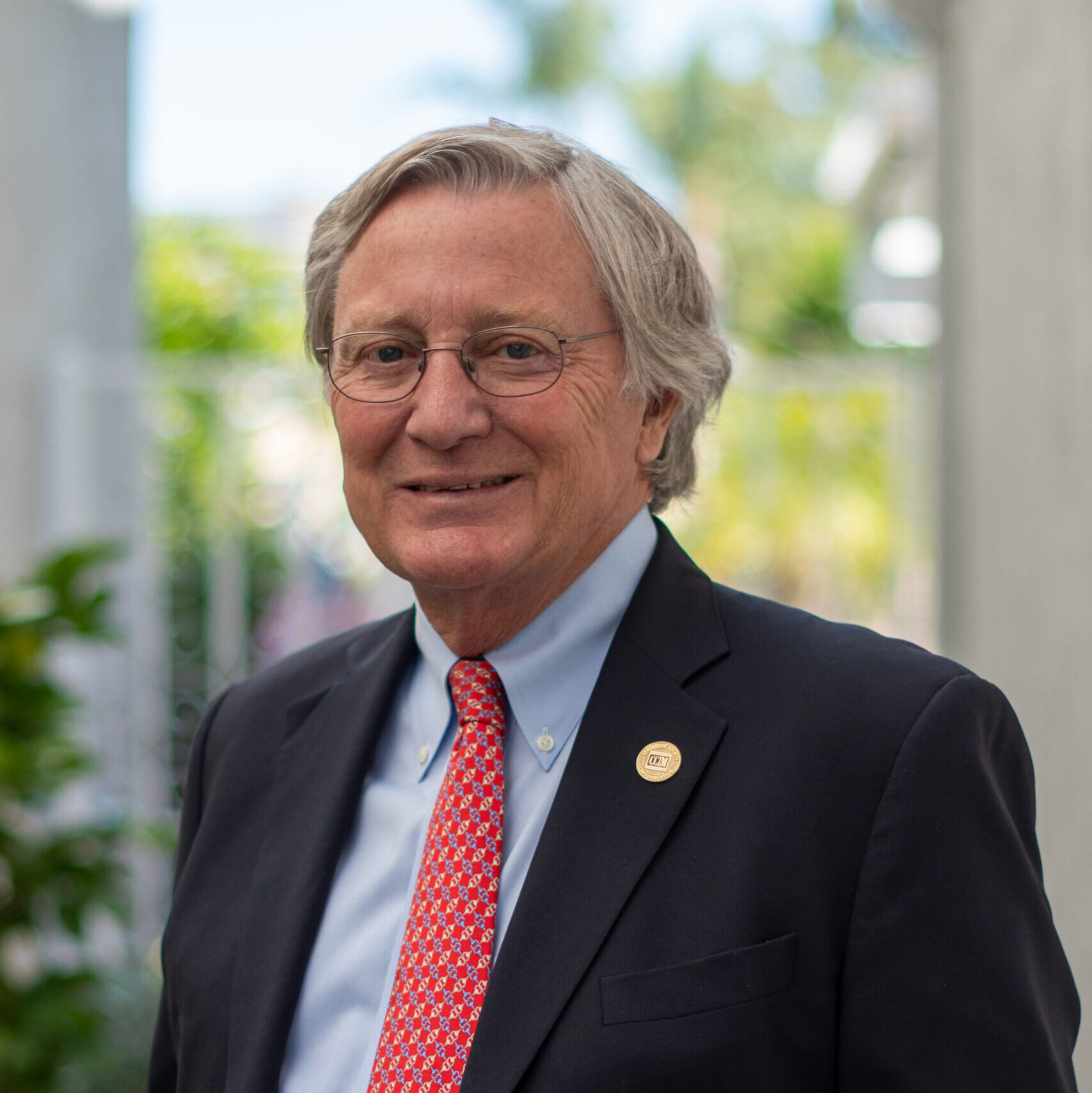 “Good speaker on a topic that I wanted to learn more.” 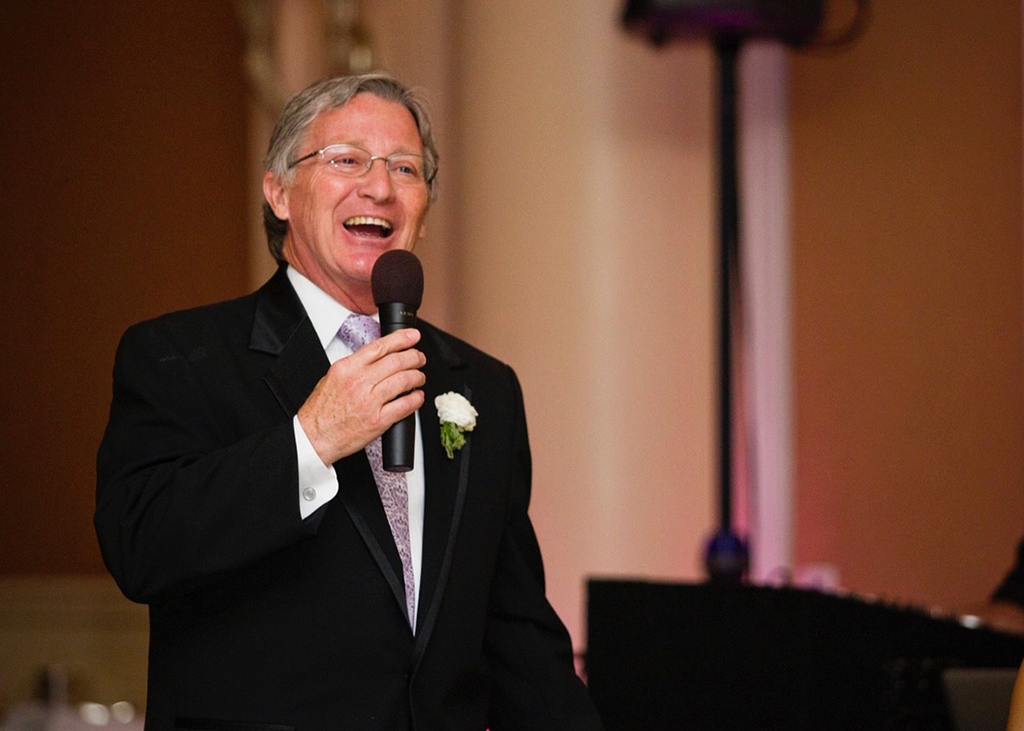 Gene making a toast at a wedding 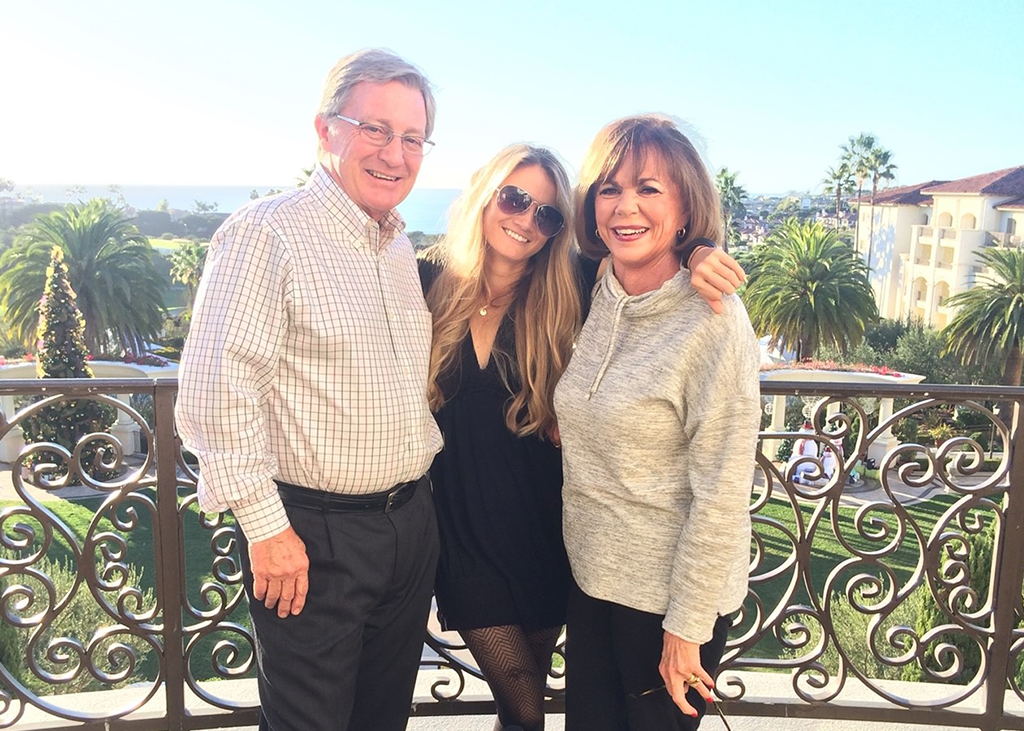 Gene, Kay, and Emily pose on a balcony 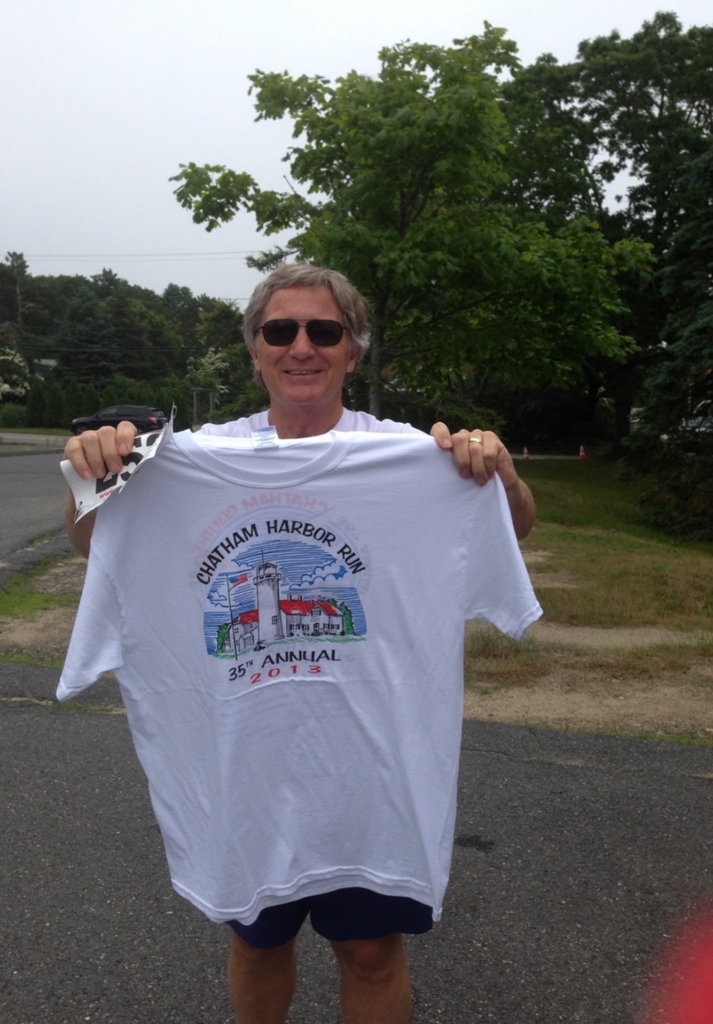 Getting ready for another run!

Gene gearing up for a run. 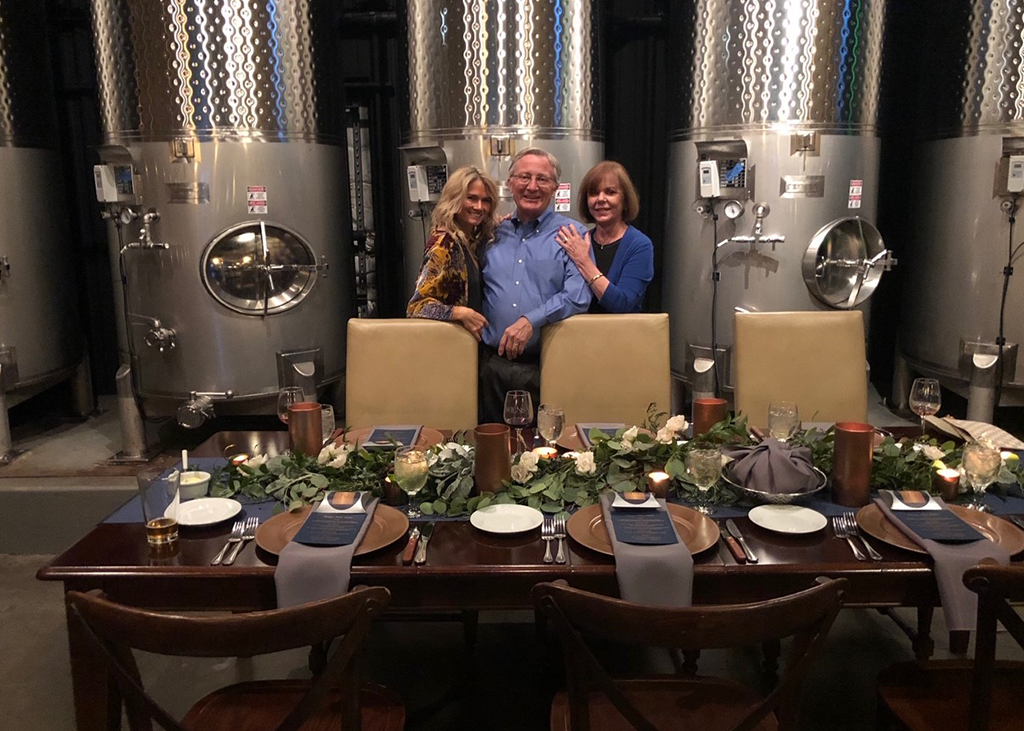 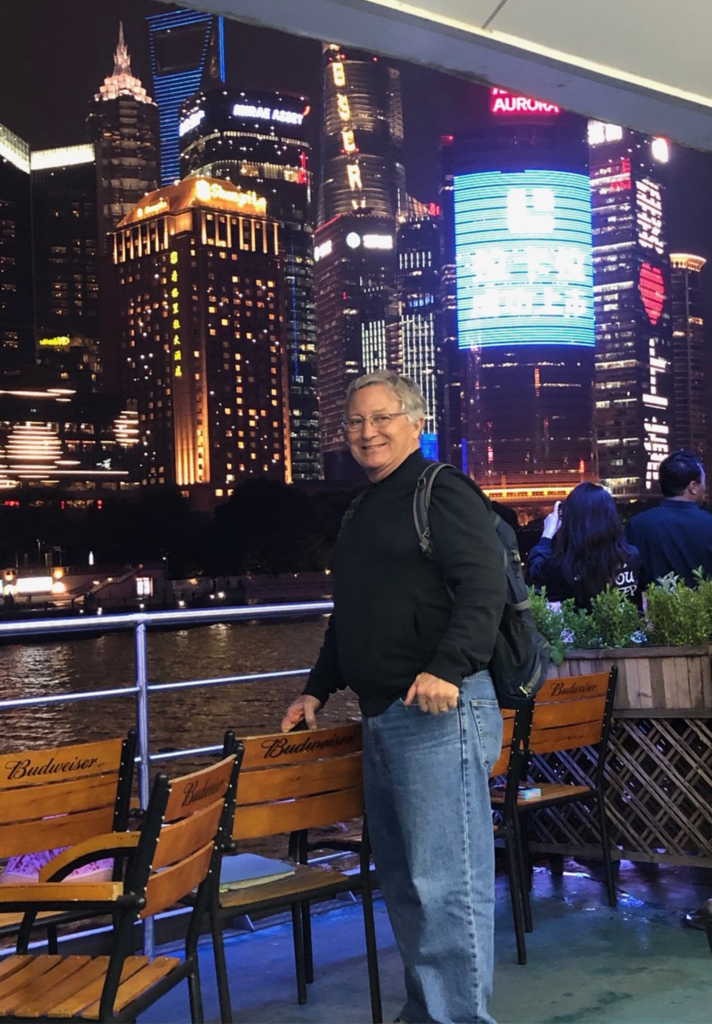 Gene and the City

Gene poses in front of city lights in China. 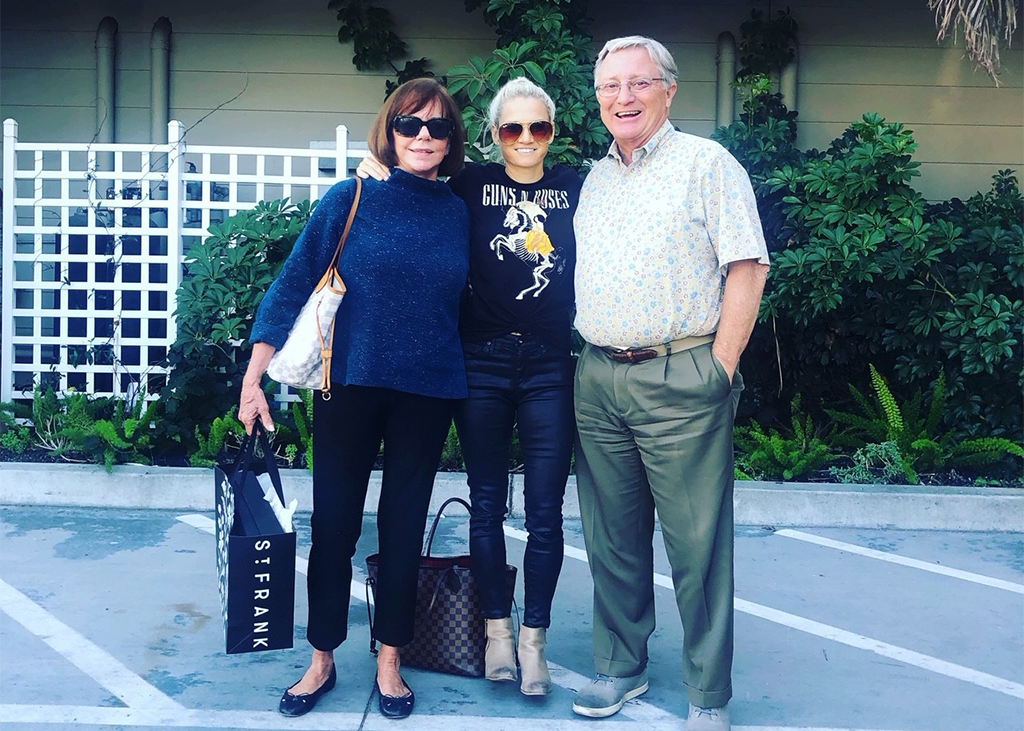 Shopping therapy with the girls.

Gene and Kay give Emily a lift! 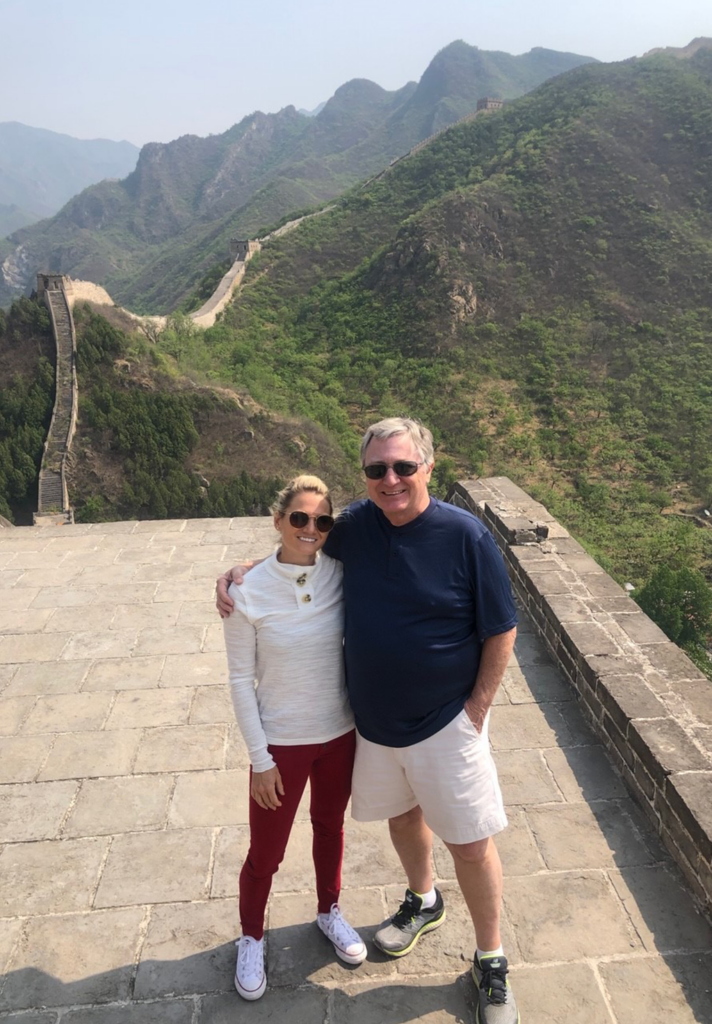 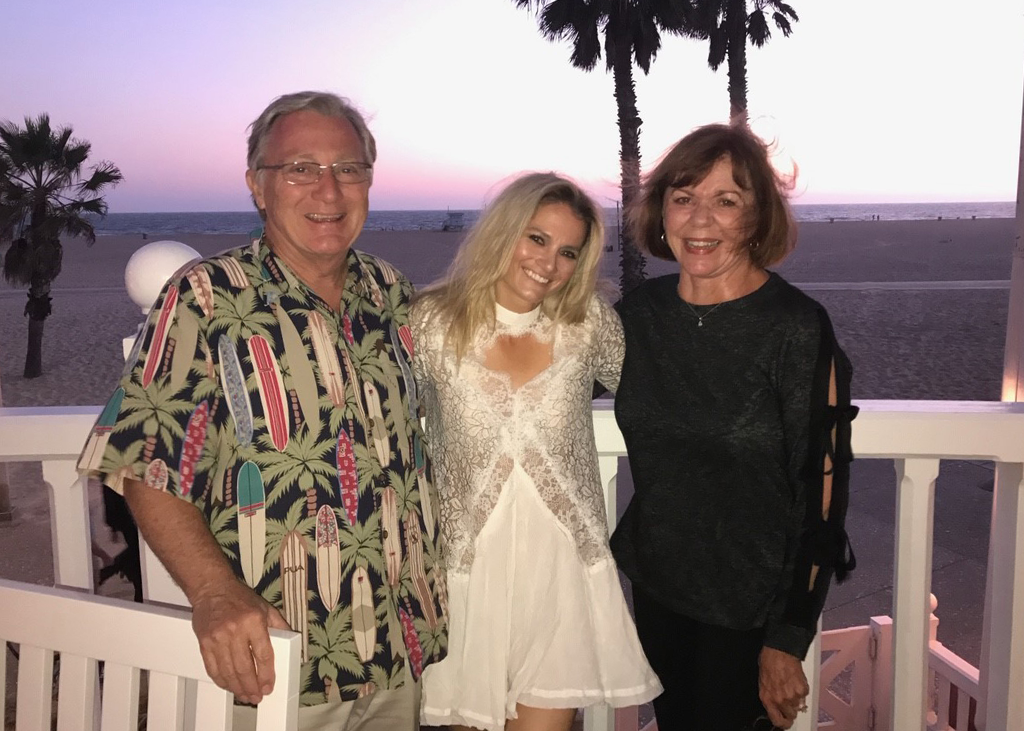 Posing in front of the ocean at night. 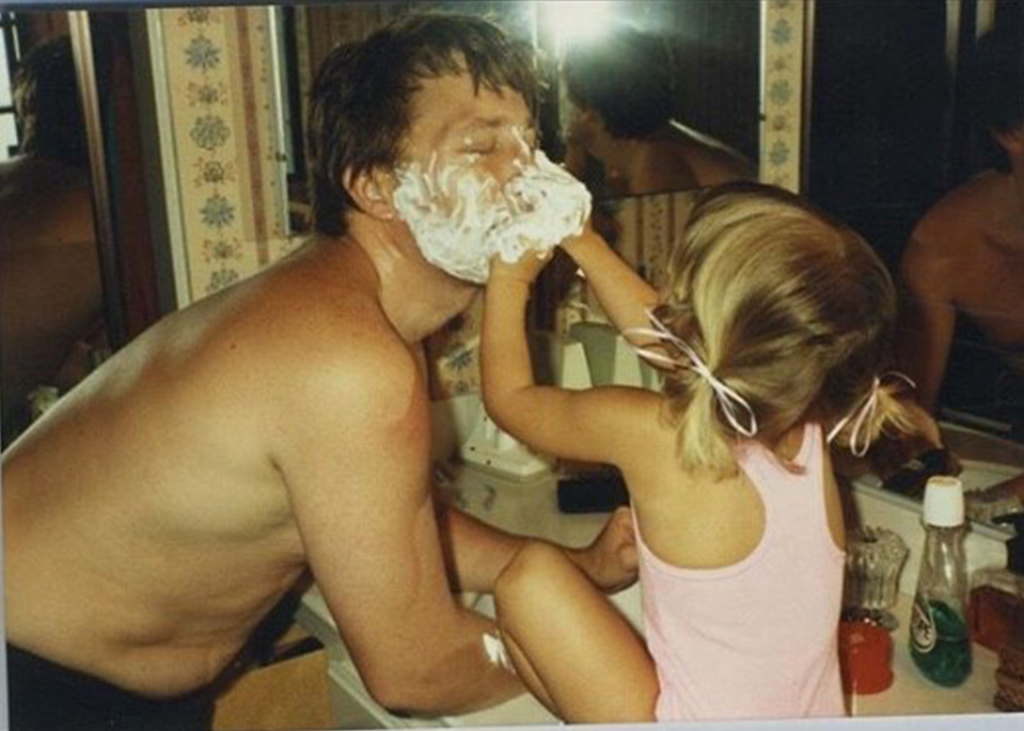 And gets a little help from his daughter!
Contact Gene
Menu